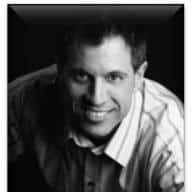 Dr. Zwicker has over 20 years of experience serving individuals with autism and other developmental disabilities across the country. He received his Ph.D. in Developmental and Child Psychology from the University of Kansas, the first, and largest behavior analytic program in the world. He is a Board Certified Behavior Analyst – Doctoral level and a licensed behavior analyst in New York. Dr. Zwicker splits his time between Connecticut and New York, consulting for schools and families and leading the organization as it expands to meet the growing need for high quality, intensive behavior analytic services for children and adolescents with autism. Dr Zwicker actively supervises a large number of graduate students working towards board certification as behavior analysts. He regularly leads training workshops for those interested in learning critical skills to address severe problem behaviors such as functional analyses. He also leads ongoing workshops to teach parents and those interested in helping serve children with autism the skills required to become Behavior Technicians. He also presents to a wide variety of groups serving those with developmental disabilities including attorneys, schools, and to professionals serving children with special needs in the Dominican Republic. Before founding ZABA Therapy, Dr Zwicker led the startup of ABA services at Easter Seals Coastal Fairfield County. Dr Zwicker’s connection to autism has become personal as well as professional and in recent years he has strongly advocated as a parent and expert to the state legislature, schools, and agencies to ensure every child gets the high quality, intensive behavioral intervention needed to help them achieve their maximum developmental potential. Before returning to services for children and adults autism and other developmental disabilities, Dr Zwicker led large-scale transportation safety initiatives and coached executives to improve business performance using applied behavior analysis. His first role after receiving his doctorate was to lead the FAA’s efforts to change the way it oversees the nation’s airlines. That resulted in reducing airline fatalities from an average of about 300 a year previously to zero fatalities for the last 11 years for all United States air carriers. After that, he led research teams to implement and evaluate regional and national efforts to increase safety belt use and reduce drinking and driving. These efforts led to significant increases in safety belt use and significant decreases in alcohol related fatalities. Following his work in transportation safety, Dr Zwicker worked with corporate executives to maximize performance and bottom line results during major strategic changes, multi-billion-dollar major capital projects, mergers, and reorganizations.


Back to All Committee Members