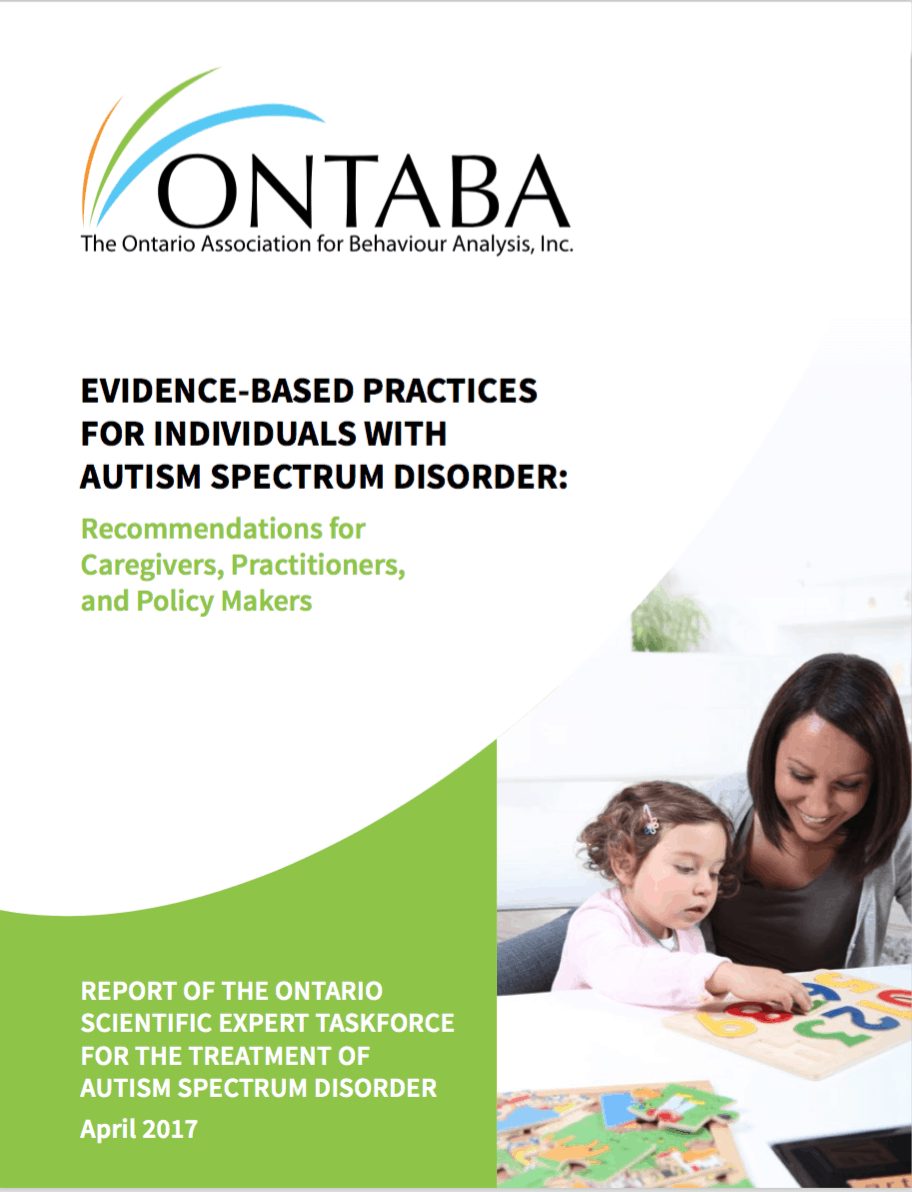 “In the summer of 2016, in response to intense public debate regarding the existing research evidence and best practices for the treatment of autism spectrum disorder (ASD), the Ontario Association for Behaviour Analysis (ONTABA) formed the Ontario Scientific Expert Task Force for the Treatment of Autism Spectrum Disorder (OSETT-ASD). Drawing upon the organization’s membership, we assembled a group of behaviour analysts with prominent research and practice expertise. Over the next several months, the Task Force worked diligently to evaluate the current state of evidence that exists for this population in order to answer pertinent questions being posed by caregivers, advocates, policy makers, and practitioners across the province. We hope that this report will serve as a guide in the development of policy and practices in Ontario that are evidence based and result in the best possible outcomes for individuals with ASD and their loved ones. ONTABA would like to thank the many contributors to this report, including the Task Force members, the external reviewers, the subcommittee members, the ONTABA Board of Directors, and the research assistants and volunteers that made it possible.”

If you aren’t already familiar with this report, it’s a wonderful overview of evidence-based practices for this particular population. We hope you enjoy!